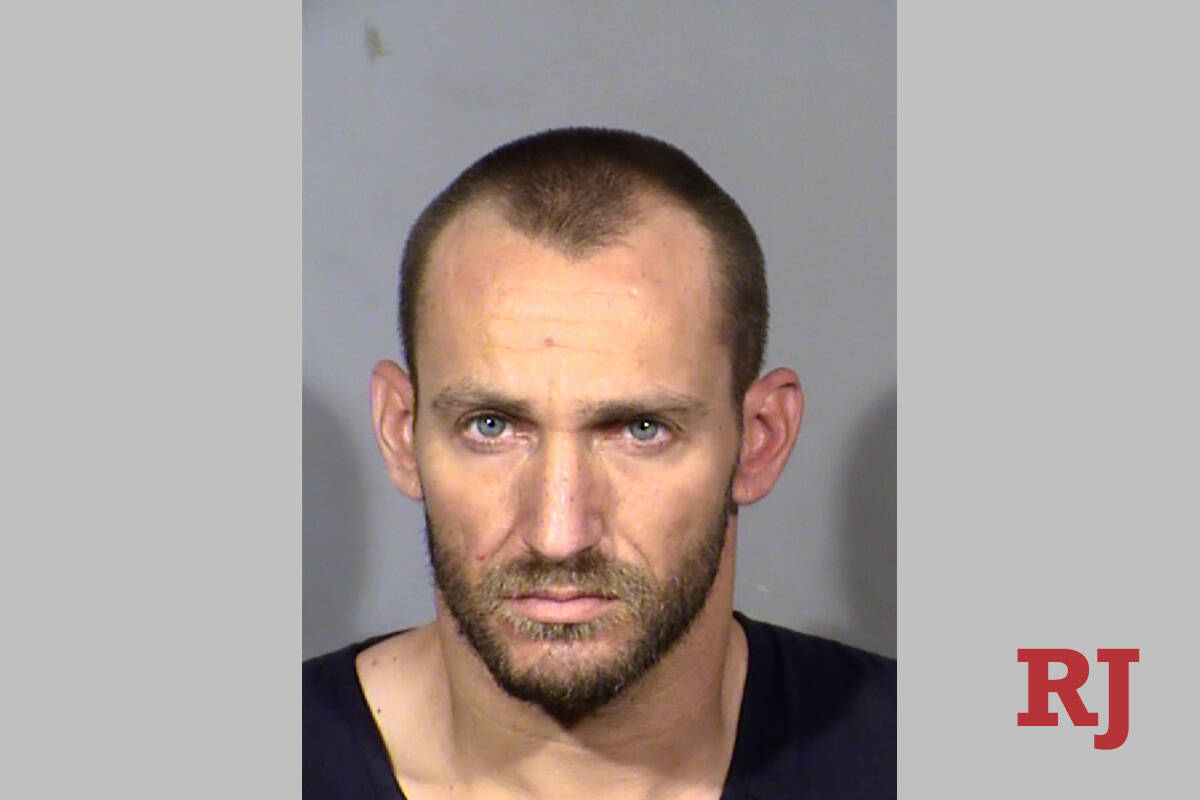 Las Vegas police said two witnesses saw a pickup truck driver swerve at a motorcyclist who allegedly had an affair with his wife, causing a fatal collision early Sunday in downtown Las Vegas.

Pickup truck driver Michael Daniels, 32, of Las Vegas, was arrested on suspicion of murder in the 8:43 a.m. crash that killed Ryian Pollare, 24, of Las Vegas. Las Vegas police said in an arrest report for Daniels that Pollare was driving his motorcycle east on Washington Avenue, flanked by Daniels in his van, when the truck swerved at Pollare.

A witness told police “it looked like the pickup had intentionally hit the motorcycle,” police wrote in the report. Another witness told police he saw Daniels’ truck “swerve and hit a motorcycle.” Video evidence collected by detectives from a nearby residence also supported their accounts, police said.

The motorcycle and pickup eventually hit a bus stop and then hit a wall on the north side of Washington Avenue near Michael Way. Pollare died at the University Medical Center. Daniels suffered minor injuries.

Police said they later learned that Pollare was in a romantic relationship with Daniels’ wife which ended about six months ago. Pollare was also the subject of a domestic violence complaint filed by Daniels’ wife the day before the fatal accident, according to the report. In the complaint, the woman said that Pollare had entered her house a few days earlier, harassed her and locked her in a room.

“Pollare also fired two bullets in her front yard, stole her cell phone and pistol-whipped her,” police said in the report.

Daniels denied any wrongdoing after the crash, but admitted he was riding too close to Pollare’s motorcycle, police said. He was scheduled to appear in Las Vegas court Wednesday morning to see if Clark County prosecutors will press charges in the case.