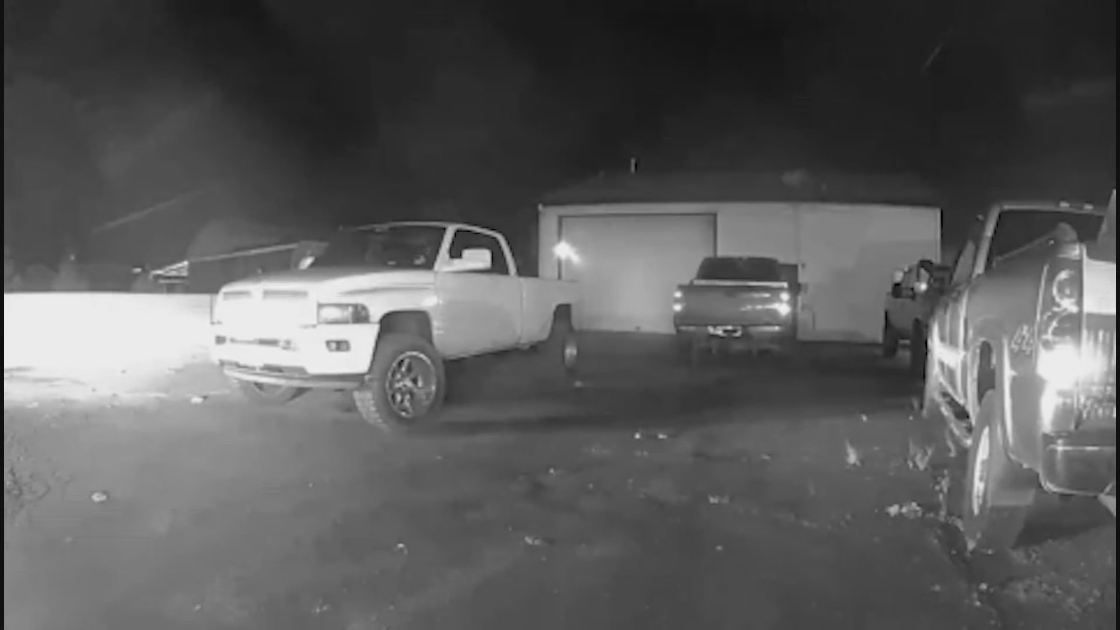 MADISON COUNTY, Illinois – Surveillance footage captured the theft of a pickup truck and motorcycle that led to a high-speed police chase in Madison and St. Louis counties.

Police said three suspects broke into several vehicles at Hayes Motors in Pontoon Beach, Ill., Around 3:30 a.m. Wednesday. Otto Hayes, the owner of the dealership, said he noticed the unusual activity and called 911.

“We were able to film them and call the Pontoon Beach police,” Hayes said. “They broke into six or seven trucks and tried to steal them by turning on the ignition. They couldn’t get them up.

Images obtained by FOX 2 show that one of the suspects ends up driving in a white Dodge pickup truck, leaving the other suspects behind. Police said the truck was also carrying a stolen motorcycle.

The suspect inside the stolen van led authorities on a high-speed chase, which began at Pontoon Beach and continued through Frontenac, Missouri.

The chase lasted about 40 minutes and reached a speed of 100 miles per hour, police said. At one point, the suspect got out of the vehicle and crossed several yards in a neighborhood of Frontenac. Pontoon Beach Police Chief Chris Modrusic said the suspect also pointed a laser at one of his officers.

“It was later discovered that the subject was in possession of a green laser that was found during the arrest,” Modrusic said. “Subject confessed to our detectives that they were there to steal cars from the parking lot.”

Frontenac police arrested the suspect, who has not been identified. Kirkwood-Oakland Police K9 unit participated in the arrest. Missouri State Highway Patrol and Town and Country Police were also at the scene. Pontoon Beach police have returned the suspect to Illinois.

Police said the other two suspects were still at large. Anyone with information about the case can contact the Pontoon Beach Police Department at 618-931-5100.