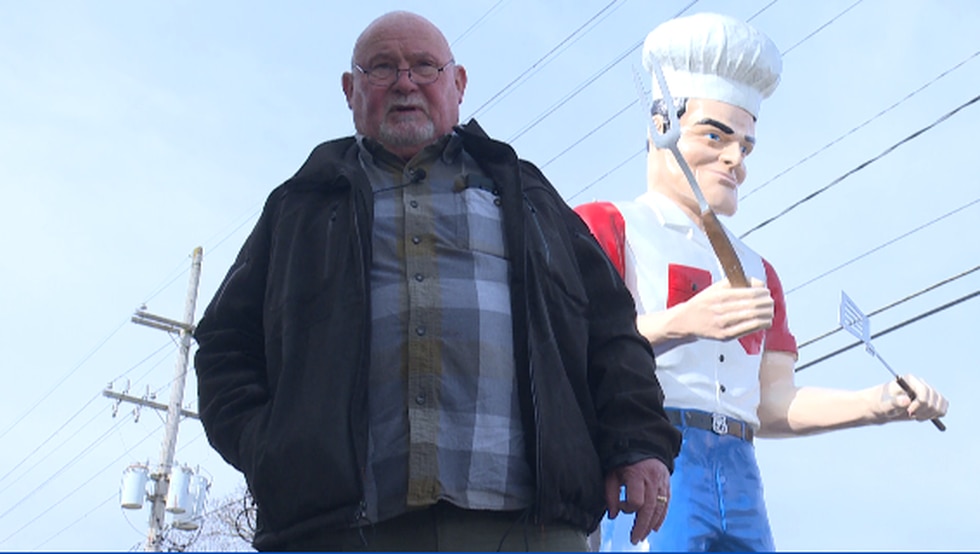 SPRINGFIELD, Missouri (KY3) – This is a recent addition to Springfield’s Route 66 attractions along St. Louis Street that appeals to both your taste buds and nostalgia for Mother Road.

Now it is for sale.

Kirk Wheeler is a big supporter of Route 66, honored with the prestigious John T. Woodruff Award in 2019 for his civic efforts to promote Mother Road and the birthplace of the Route 66 festival in Springfield.

Wheeler has his own auto and motorcycle store along the old Route 66 on St. Louis Street and two years ago he wanted to enhance the Springfield Route 66 experience for travelers by adding the Route 66 Food Truck Park just two doors down from its other businesses.

Wheeler even traveled the length of Route 66 to put together ideas for his project which includes indoor-outdoor seating, a bar, live music, memorabilia and of course food trucks with different types of cuisine to choose from.

But now the unofficial Mayor of Route 66 on St. Louis Street is retiring.

â€œIt’s that time in my life when I’m ready to not have a real job,â€ Wheeler said.

So the auto business and catering truck fleets will be taken over by others, and although Wheeler has successors in mind for his auto business, he is still looking for a buyer for the Food Truck Park who will contains interesting memories of Route 66.

The biggest piece of nostalgia can be found outside the restaurant building, along St. Louis Street.

He is a 25 foot tall, 800 pound fiberglass man, dressed as a chef, holding a meat fork and spatula.

His name is “Carl” and Wheeler explained that he is one of a dozen “Muffler Men” that still remain along Route 66.

â€œThey got their name because in the 1960s a lot of them were standing outside muffler stores with giant mufflers,â€ Wheeler said. â€œDuring my trip on Route 66, I saw these things and decided we needed them, so Carl was created by an artist from Virginia who recreates the giants of Muffler Men. Probably the most interesting thing was getting Carl back from Virginia to Springfield and people would pass you on the freeway looking at the trailer he was riding on and wondering what was going on.

Inside the park’s restaurant you’ll also find more memorabilia from an old jukebox and dining area built into a truck bed to a miniature recreation of a restaurant and gas station. with amazing details right down to the trash cans.

All items have their own story, like an old purple motorized scooter mounted on the wall.

â€œThey’re called a Doodle Bug,â€ Wheeler said. “And it’s powered by a Maytag washing machine motor from the late 1930s or early 1940s.”

So you could go somewhere and have clean clothes when you arrive?

Probably not. But the scooterâ€™s current home, the Route 66 Food Truck Park, debuted in early 2020 and had 10 food trucks.

â€œThe timing wasn’t great,â€ Wheeler said. â€œThe indoor dining room and bar were only open a few weeks before we had to close them due to the pandemic. It had a negative effect on everyone with fewer people coming out of the house and going out for dinner. And the number of people traveling on Route 66 has really slowed down.

â€œHe hasn’t really had the chance to thrive as much as he can,â€ added Gary Busker, a local real estate agent who decided to enter the highly competitive barbecue business and open his own food truck in the area. Wheeler’s site.

â€œThey’ve been setting meat on fire since time immemorial,â€ Busker said with a smile. â€œEveryone does it differently, but as long as it’s good, there’s no wrong way to barbecue! “

Busker’s Billy Bob’s Barbecue truck is now one of only two that stays at the park during the winter months when business slows down.

â€œHe’s had some ups and downs,â€ he says. “But I met people from Germany, Australia, and a lot of different places as they traveled Route 66.”

And while potential buyers may decide to use the property for something else, Wheeler and Busker hope it remains a culinary tribute to Mother Road.

â€œI would love to find someone who has a passion for Route 66 like I do,â€ said Wheeler. “Someone who will lead it and make it grow.”

â€œI would love to see it remain part of Route 66,â€ Busker said. â€œSo much is changing and I think we need to keep more of our history. As a businessman you have to look at the bottom line, but for me it’s not about the money. It’s all about passion and if you let go of that you lose too much. We have to keep the rich history.

And by the way, Carl is part of the deal.

â€œWell you don’t have to keep it but I don’t know who wouldn’t want it,â€ Wheeler said with a laugh.

To report a correction or typo, please send an email [email protected]