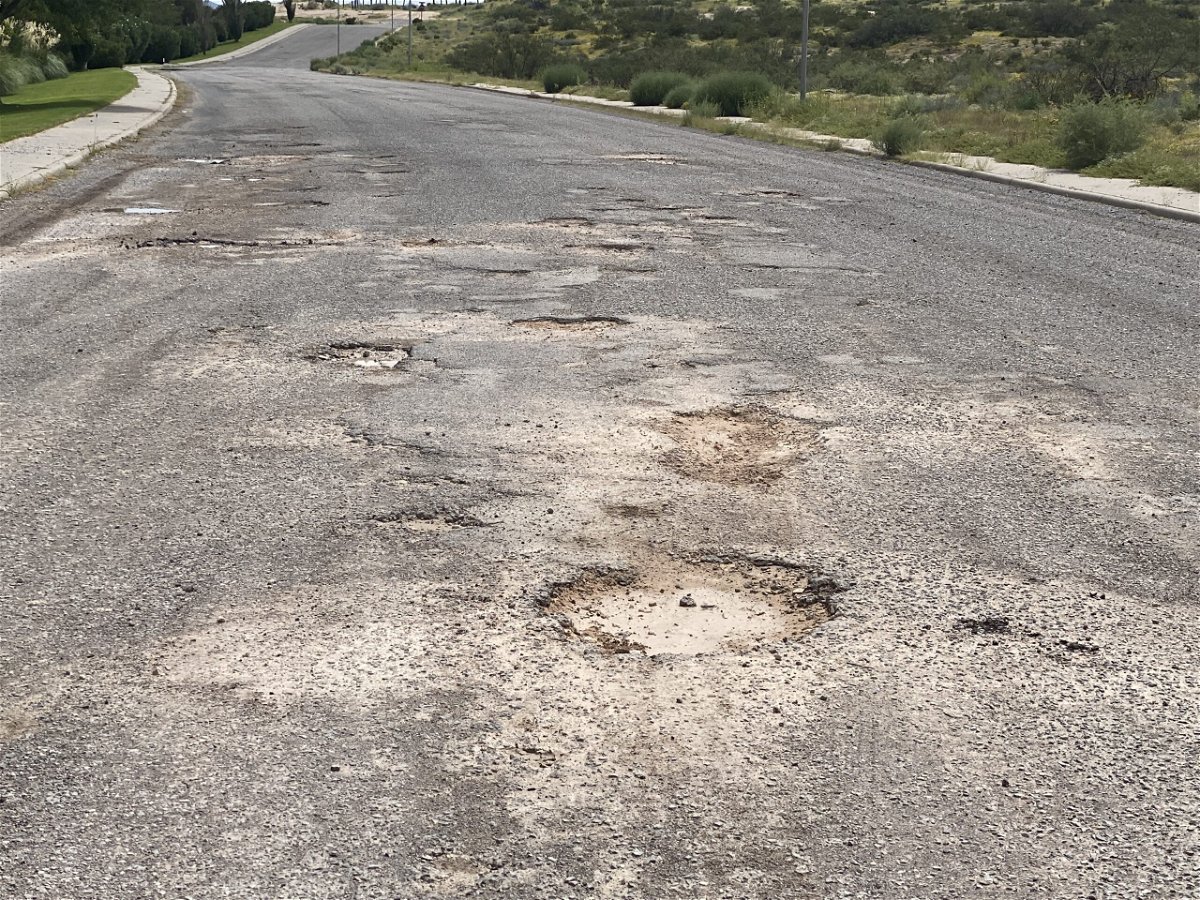 Francisco Ramirez, who lives in Santa Teresa, told ABC-7 he had to replace two tires due to potholes on the road inside the once majestic Country Club area.

When a person purchases a home in Santa Teresa, they must register with Santa Teresa Community Services LLC to be eligible for municipal services.

An invoice provided to ABC-7 shows that the municipal services provided include garbage collection, security, thoroughfare maintenance and street lighting.

Residents are frustrated that they are paying to maintain roads that are no longer in acceptable driving condition.

They say crossing the Country Club area at night is especially dangerous.

A resident told ABC-7 he was riding his motorbike when he hit a pothole and crashed because the street lights were not working.

Greg Collins and Yvette Collins, who operate Santa Teresa Community Services LLC, did not respond to requests for comment from ABC-7. In fact, Greg Collins hung up after learning he was speaking with an ABC-7 reporter.