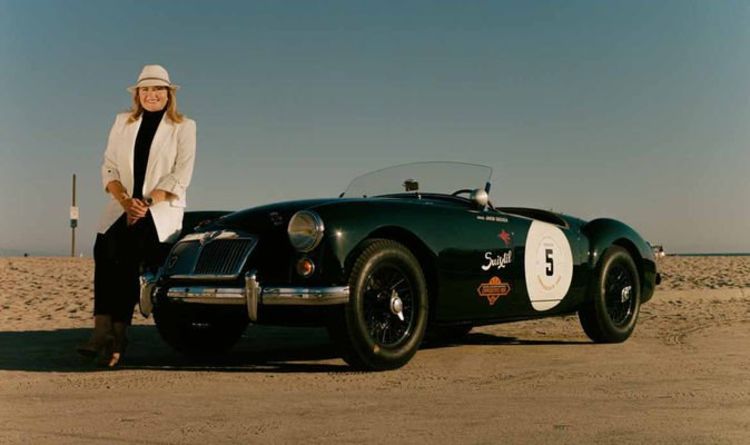 Classic cars: The Market by Bonhams aims to modernize auctions with an emphasis on “transparency”

While Bonhams has been an international auction giant since 1793, The Market by Bonhams was only launched in 2017, but has since taken the industry by storm.

Last year the company sold vehicles worth a total of Â£ 13million and increased turnover by almost 300%.

But now The Market by Bonhams, under the direction of Caroline Cassini, is one of the fastest growing online markets for classic and vintage cars.

â€œThey thought we had to have Corvettes and Mustangs, but the United States is pretty wide.

â€œIt’s funny how the UK sees the US and how the US sees the UK market.

â€œBased on discussions with some of the team in the UK, people aren’t as comfortable with buying an invisible car as they are here in the US, I think it’s has become more normal for them.

â€œThere is a place for live auctions, and they’re not going away anytime soon, especially with Bonhams.

“Even The Market, we will still have the Quail Lodge, Amelia Island and Scottsdale auction and a few more every year.”

Caroline emphasized the transparency that The Market wanted to promote, especially with the world still under the influence of the coronavirus.

She went on to say, â€œI think this is a really unique opportunity for Bonhams to be able to present cars 24/7 and to a very wide range of clientele.

â€œWe’re going to be transparent (with the auctions), we’ll have around 300 photos at least of each car, not counting the accompanying documentation.

â€œI think people will feel comfortable buying a car on our platform because they will see over 300 photos of each car in detail.

â€œUnlike some of our competitors, we plan to keep all of our listings even if they don’t sell.

â€œWe will also maintain the online comment sections even after the auction ends, but we believe it is important to be transparent for an online platform. “

Currently available on The Market by Bonhams is a 1993 Ford Sierra Cosworth with a current offer of over Â£ 40,000.

The market hopes to continue showing more cars, with the goal of having at least one new car up for auction every day.

Everything we know about the Kawasaki hybrid motorcycle